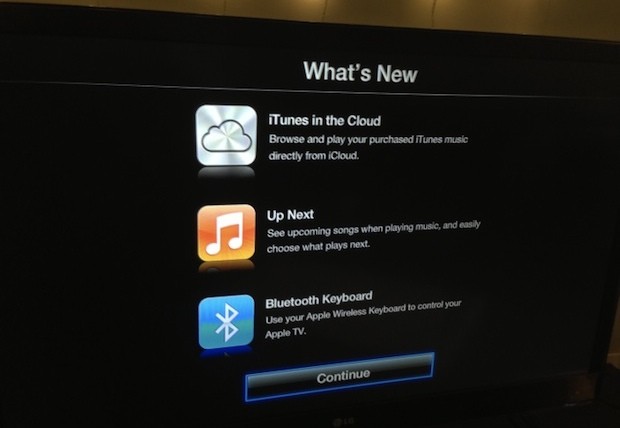 Apple also put out a minor update to its apple software update TV system software that lets users control the device with a Bluetooth keyboard.
Along with the ability to play music you’ve purchased from iTunes through iCloud. You’ll also get a new “Up Next” feature that lets you choose what to play from the cued up music (or simply keep an eye on what’s coming up).
“That feature — which requires a second- or third-generation Apple TV — was outed inside a beta developer last year, and came as part of today’s update,” Lowensohn reports.