Home Task Management This is what we really call a tribute!!!!

Iphone 4S:- Gained sympathy after Steve Jobs death or is it truly fantastic??? 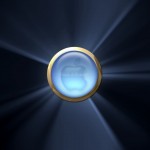 Iphone 4S, an innovative addition to the stock of Iphones; released this month, was very much unwelcomed by its lovers as they were over excited for the upcoming model and warming their pockets to get Iphone 5. But sudden launch of Iphone 4S made them a little bit sad and angry. People went stumph on this bad instigate.

Iphone 4S is incredible best smart phones that enclose dazzling and extra ordinarily striking features in it. Here are five features which have become the attraction of the new smart phone.

1. The new operating system iOS 5 that provides 200 new features such as iMessage, PC-Free Setup, twitter integration and much much more.

2. The iCloud service is integrated into some key aspects of the iOS 5 – photos, e-books, device backups, document storage and, of course, the iTunes music program. The most popular iCloud-powered feature amongst users could well be the PhotoStream, an option that can be toggled on or off and which allows users to automatically synchronize photos across multiple devices.

3. Siri is touted as an intelligent assistant that helps you get things done just by asking. Siri “understands the context, allowing you to speak naturally when you ask it questions,” says Apple. Siri is also claimed to be smart about using the personal information you let it access. It helps you make calls, send text messages or e-mail, schedule meetings and reminders, make notes, search the Internet, find local businesses and get directions.

4. Iphone 4S has significant hardware upgrades, even though it looks identical to Iphone 4. Iphone 4S is powered by a dual-core A5 chip, which also has dual-core graphics capabilities.

5.It has an 8-megapixel camera capable of capturing 1080p video footage.

Before the bad incident of Jobs death, people showed disappointment by not purchasing Iphone 4S as they were somehow confused and one thing which was cracking their mind was that: is Iphone 4S a waste or not at the point when Iphone 5 is in the coming stage. Very sadly, this phone did not get its hit on the first day. But after Jobs death, no one knows what happened; unimaginably its sale record hit the rock dreadfully stiff and goes up in the sky. 100,000 amounting to total of the order was placed for Iphone 4S in one day. OMG! This amazing hit breaks the whole record that either of the any firm is able to make ever. Is it really the magic of Iphone 4S or is it the sympathy for Steve Job???

Well! Answer to this question varies accordingly but from my point of view it’s 50/50. Some of the people purchased it in the loving memory of his Jobs and to give him tribute where as some of the people are really impressed through its scully features.

Apple products are swiss in nature and nobody can deny its schnazy stuff. We all are wazzoo about Apple; irrelevant of the fact that either it is Iphone 4S or Iphone 5, Apple is Apple after all and it is obvious that if Apple has introduced any product then there should be a little bit more in it otherwise Apple value their customers and it does not play with the heart of its lovers and fans.

One Response to Iphone 4S:- Gained sympathy after Steve Jobs death or is it truly fantastic???